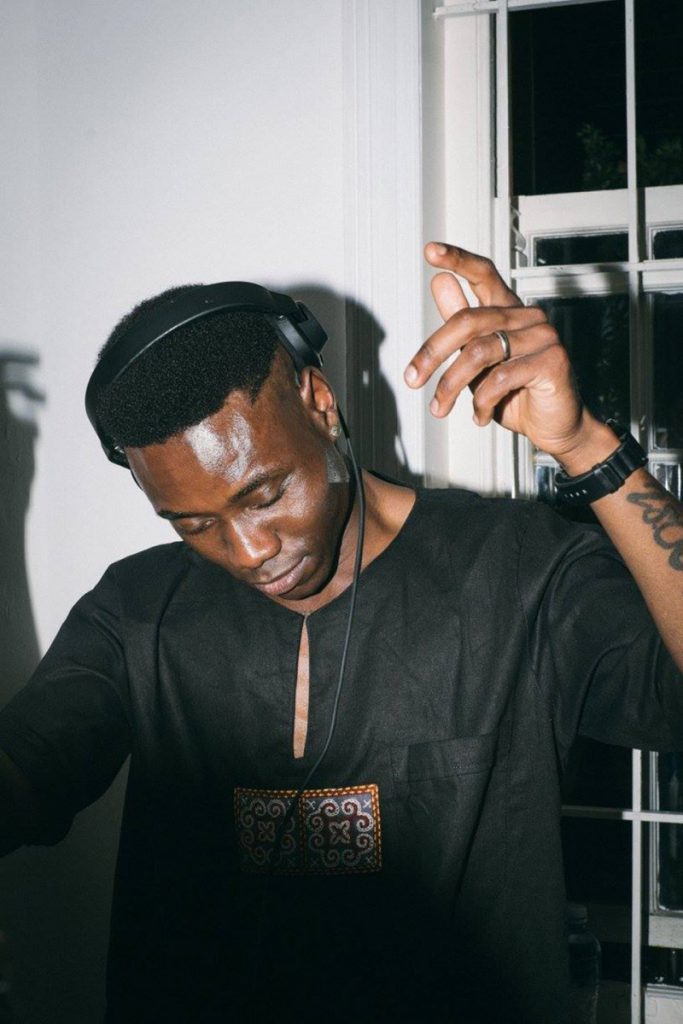 I’m standing in the garden area of an undisclosed town house in Vredehoek, Cape Town, with a sticker of a crude but charmingly-drawn house on my shoulder. The picture of the house had been fashioned out of three letters that Cape Town nightlife had come to know well over the years: YOH.

If this sticker was stuck somewhere on your body, that meant that you were allowed to walk through the front door of the first instalment of YOH Experiences – “a series of irregular, curated sonic and visual experiences at different, unusual venues to broaden your horizons – brought to you by YOH”. For one night, Patrick Visser’s team and their arsenal of glitter, balloons and other novelty party-store supplies had taken over someone’s home (assumedly with their consent) to throw the YOH House Party.

Dangerously-mixed drinks, damaged property and potentially bruised reputations are some of the typical tropes of a house party that have been established by numerous American teen movies. But this house party had something that set it apart from all the others that had attempted to replicate that same debauched formula: a killer lineup of DJs that included newcomers yoyo and Jakinda; veteran disk jockey and record collector Pierre-Estienne; and the headliner of the evening: Olugbenga.

In the garden where I had stepped out to cool off from an exceptionally burning set executed by Pierre-Estienne, Olugbenga is hanging out and getting acquainted with some of the characters of the Cape Town club scene. I didn’t see a sticker anywhere on him, but (as the bass player for the Mercury Award-nominated electronic indie giants Metronomy and an acclaimed songwriter/producer in his own right) he certainly has enough credentials to allow him to saunter into any house party without question.

However, I did have a few questions that I wanted to ask him. I wanted to know when the last time he played at a house party was. I also wanted to know if his return to his home in Lagos, Nigeria – to shoot the video for his single “Silver Pixie, Iyawo Mi” in 2013 (the first time he had visited Lagos since he moved to the UK when he was 16) – had sparked his intrigue to visit other African countries such as South Africa. I also wondered if there were any plans to incorporate any more indigenous sounds that he might pick up for any future projects – similar to his work with Africa Express, for which he had produced a track entitled “Wade In The Water” that featured backing vocals from Brian Eno and Damon Albarn.

However, as I finally get a chance to speak with Olugbenga, the conversation instead veers into talking about all of the touristy stuff that he’s done upon first arriving in Cape Town earlier that day and the barber shop that he had visited to freshen up before the gig. Before I can subtly try to slip a few of my prepped questions into the conversation, Olugbenga is quickly whisked away to begin preparing for his set.

As Olugbenga leaves the garden, a guy who had been smelling the palms of his hands for a suspiciously long time approaches me and hands me a piece of lavender that he had picked from a bush that had been growing nearby. Noticing my disappointment in my failed interview attempt, he gives me a set of instructions before departing to the dance floor:

“Rub this in your hands – it will help you.”

I’m not entirely sure how this will help me come up with content for the article that I’m supposed to write but I oblige my new friend by lathering the lavender into my palms and giving them a good sniff. It didn’t really change anything, but my hands did smell almost as fresh as Olugbenga’s haircut. However, the absurdity of this interaction did make me realise that no one comes to a house party to focus on work – they come to just have fun, meet new people and sniff the miscellaneous substances that they are kindly willing to share with you. By which, of course, I mean lavender from the garden.

With my freshly perfumed palms, I set off to the dance floor to check out Olugbenga’s set that had just started. The lights had dimmed, the speakers were throbbing with ‘Gbenga’s set – ranging from Beyonce anthems to obscure Tame Impala remixes – and all of the YOH decorations were being euphorically trampled on by destructive dancing feet. And that’s all the analysis that I need to do. I decide to just enjoy the rest of Olugbenga’s set for the remainder of the evening and fully immerse myself in the YOH experience.

At around 02:00 AM, when the everyone was being ushered out of the party so that the inevitable post-house party cleanup can begin, I see Olugbenga again and make no mention of the questions that I had prepared. Instead, I congratulate him on a tremendous set and wish him the best for his next two shows tomorrow. I then make my way out of the house to find the Uber that I had ordered – my palms still smelling of lavender and my sticker still on my shoulder.