As he prepares for the release of his album later in 2022, Cape Town-based Dwson (pronounced Daw-son) is becoming a sought-after DJ, producer and remixer with a slate of live shows and projects coming up in the coming months.

Already the first three months of the year have seen him perform in Kenya, at the Stay True Sounds showcase, and playing a slate of South African shows including Joburg club night, World Without End, Soul’d School Sundays at Capri and 5FM Selective styles with Kid Fonque. His slate of 2022 gigs add to an already impressive live career which has seen him play all South Africa’s high-profile live events including successive Cape Town Electronic Music Festivals, Oppikoppi, RedBull Music Academy, ULTRA, Rocking the Daisies, Synergy and Design Indaba as well as, with Sio, supporting UK artist, Tom Misch in Cape Town in December 2019. And he is currently preparing for the April-end return of Doperoom, a space he has created at Colorbox Studios in Cape Town for “the progressive thinkers, open-minded dancers and left of centre fashionistas” that he describes as a “social movement focused on the expansion of local Electronic Music”.

His frequent live appearances are part of Dwson’s full creative expression that includes a body of original recordings that have turned him into a sought-after producer – and fixture on South Africa’s deep house scene.

An excellent example of this is “Summer Dayz”, released on Implsv recordings in December 2021. The instrumental single is layered with a warm filtered triumphant pad, strummed keys that float across and a thumping bassline driving the low end. Among his earlier recordings is Say Less, Dwson’s second full-length album which was released in November 2019 through Stay True Sounds. Heralded by its slate of radio and club-worthy singles – including the title track, “Late Nights” and “Silent Cry” – the 12-track record was an expression of Dwson’s mission to elevate South African deep house into fresh and diverse territory. His fierce commitment to creating a distinctive sound is also apparent in Dwson’s early recordings, like 2016’s atmospheric single, “Zulu Groove”, and the brilliantly melodic Luna EP (2017), and 2018’s critically-acclaimed album, Impulsiv.

Dwson has an innate producer’s feel for collaborative creation – particularly when it comes to the vocalists who bring his material to emotional, uplifting life.

Most prominent in this mix is Sio who helps brings a jazzy, organic flavour to “Forbidden”, a rootsy track off Impulsiv – and his Glimpses of You EP (February 2019) also featured contributions by folk favourite Dumama and guitar-wielding Roxy Caroline along with another track with Sio, this time the beat-heavy “Nobody Else”. Say Less also saw Dwson expand his collaborative hand with tracks featuring J’Something, Ammo Moses, SGVO and Fka Mash who helps close the album on “Ghost” – the perfect track to usher in Sunday morning after an all-night dance floor epic.

The producer combines his musical talents with a work ethic that’s got a great deal to do with being raised on the Cape Flats. “I think it has a lot to do with the way I’ve been brought up,” he told an interviewer in 2018. “I wasn’t spoon fed nor was I well-off, and that has really been the reason why I am and will always keep a level head.”

This commitment to ushering his work into the world has seen Dwson gain a reputation as a prolific producer, capable of delivering high-quality releases at a fast pace. This has enabled him to take advantage of the international offers that are increasingly coming his way as the world opens up.

He’d already started gaining an international following pre-lockdown after he launched the single “Ethyl” (Suol) in July 2019 at Hallo Montag, a weekly series based out of the beautiful Berlin outdoor venue IPSE. In announcing “Ethyl”, Hallo Montag was full of praise for Dwson, saying, “With its intricately produced elements it can afford to keep things simple. A beat that mixes classic House drums with an unusual and very catchy percussion sound in place of the customary claps immediately catches the listeners attention. Along with a commandingly grooving Moog bass line and wonderfully constructed chords, this track is irresistible in its simplicity.” The set also got Dwson noticed on the international DJ scene. Writing for Resident Advisor, Marcus Barnes described the Ipse’s Hallo Montag set as  “deep and exquisitely layered, a confident fusion of soulful house cuts, hints of Afrotech and groovy 4×4 flavours”. “Whether he’s in the mix or in the studio, Dwson moves effortlessly through a variety of styles while keeping true to the sonic essence commonly referred to as an artist’s “sound”,” wrote Barnes in an article that called Dwson one of SA’s best.

It was well-deserved acclaim for an artist who has also made his mark on South Africa’s video arenas. October 2019  saw the video for Dwson featuring Sio’s “Nobody Else” named Best Music Video at the 2019 Dance Music Awards South Africa (DMASA) – his second DMASA after being named Best Newcomer in 2018. “Nobody Else” earned more accolades when it was certified gold by the Recording Industry of South Africa (RiSA) in December 2021.

Dwson’s signature sound is plump with dub and soul – and connects with ease with music lovers, whether on the dancefloor, driving down the highway or winding down on the weekend. It’s also what has seen him work with other artists, including on remixes – with Bongeziwe Mabandla x Dwson’s “ndanele” being recognised at the South African Music Awards in 2021 when it was nominated for Remix of the Year.

With these accomplishments, it’s no wonder Dwson aims to take his music to newer audiences and horizons in 2022.  “No matter who you are or where you are in the world, music has the power to take you away from whatever might be going on in your life – and allow you to get lost in something that’s joyful, emotional and moving. I’m privileged to be able to do this and I look forward to connecting with more fans and collaborators in this coming year.” 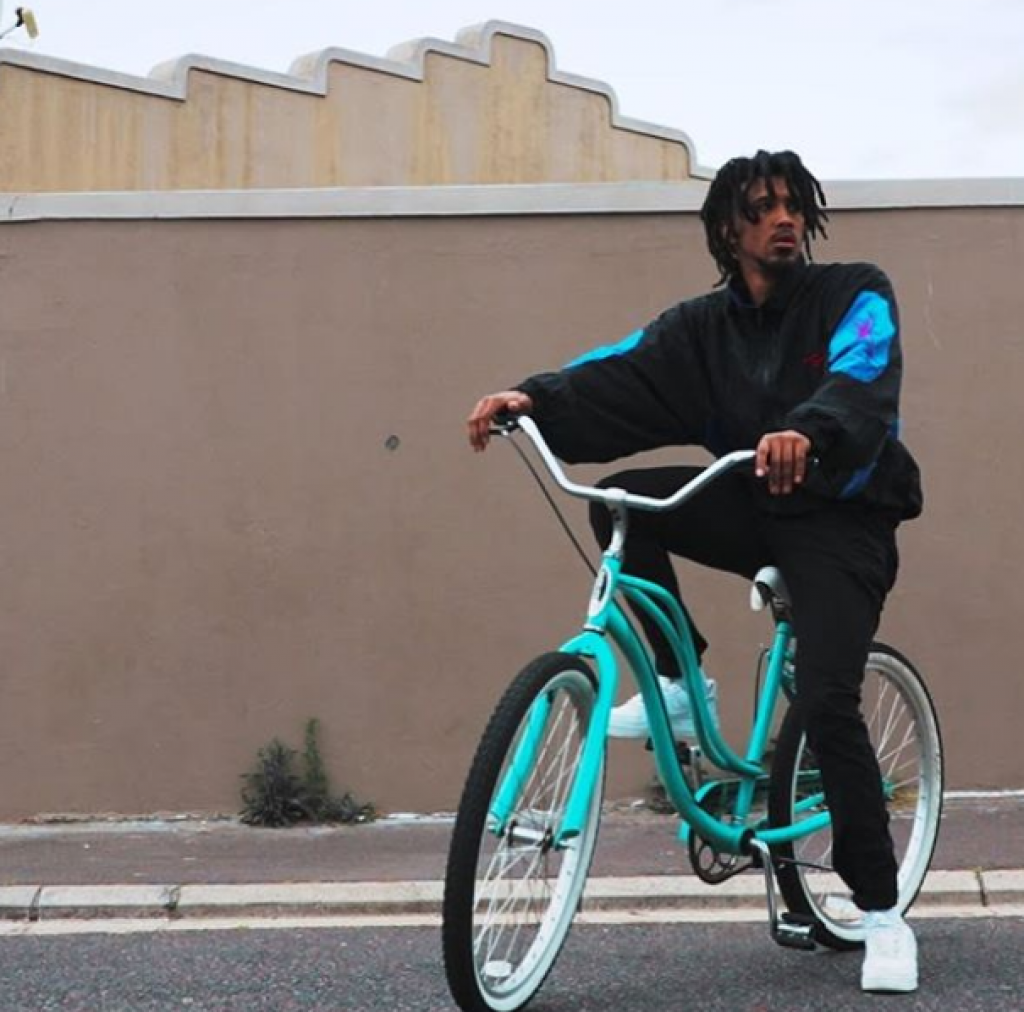 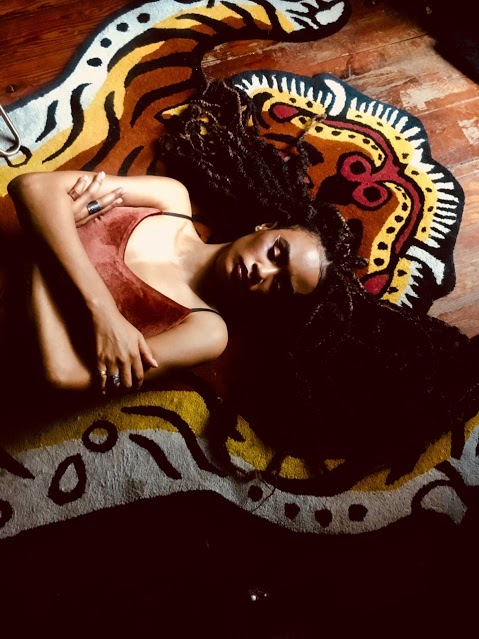 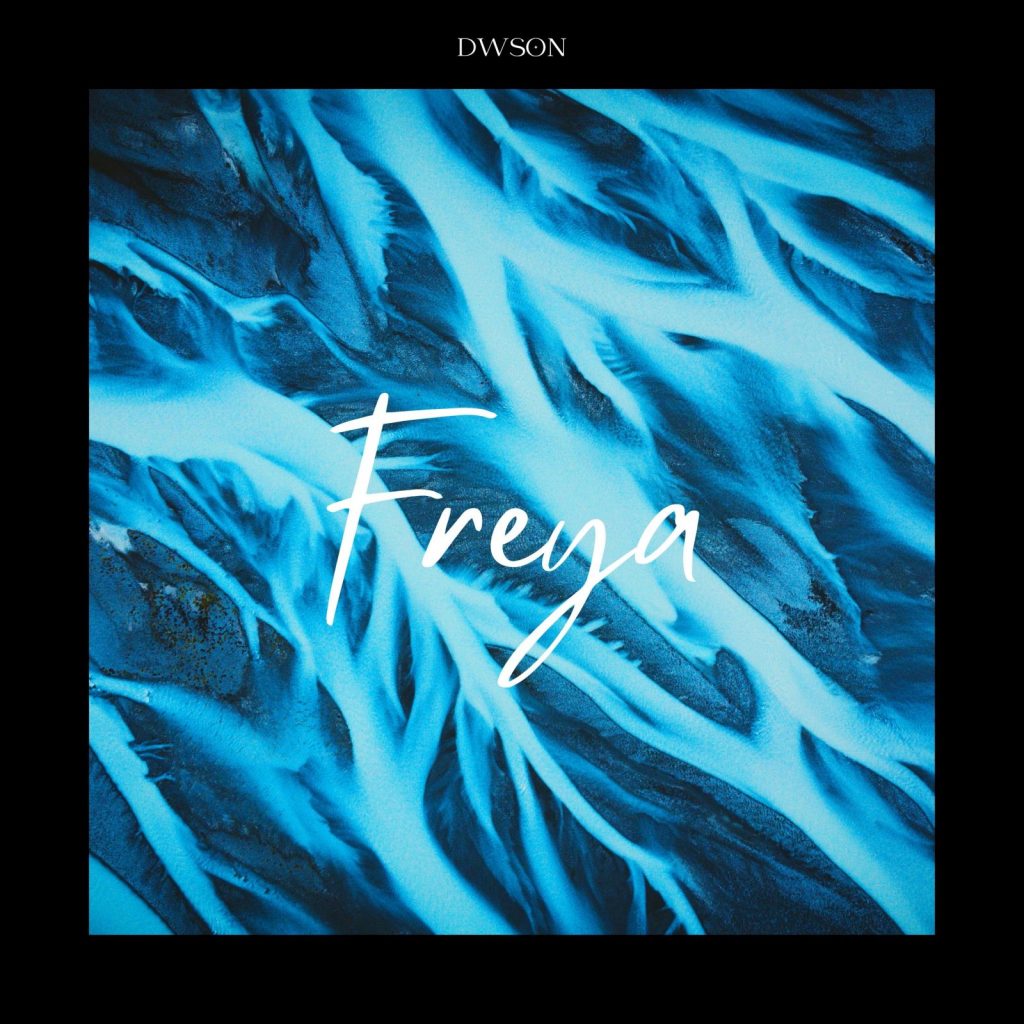 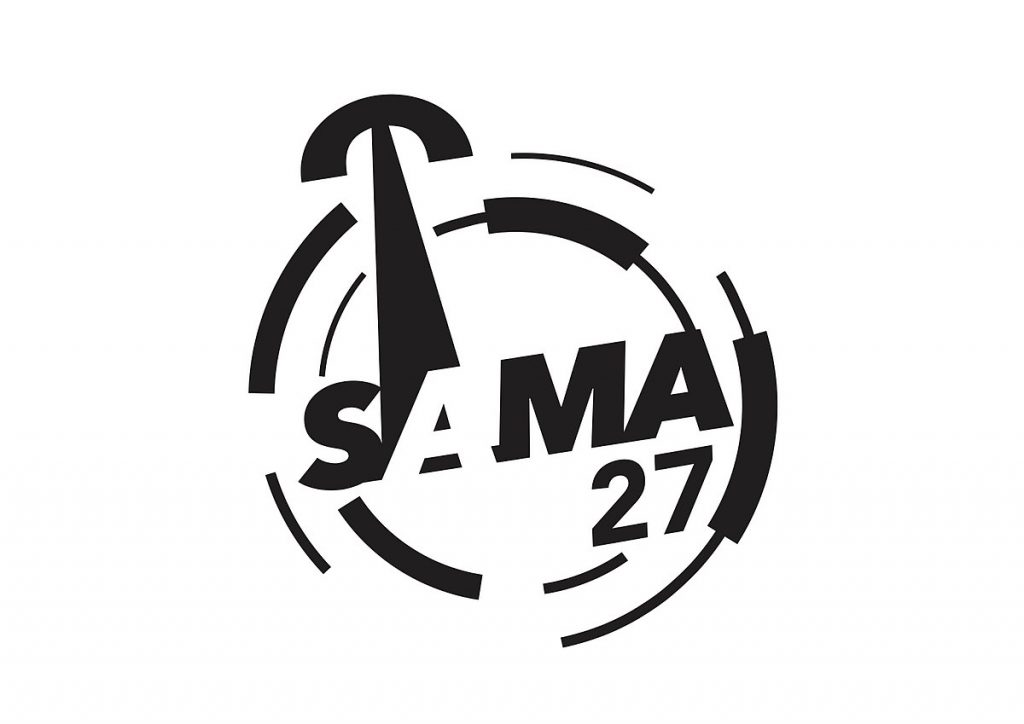 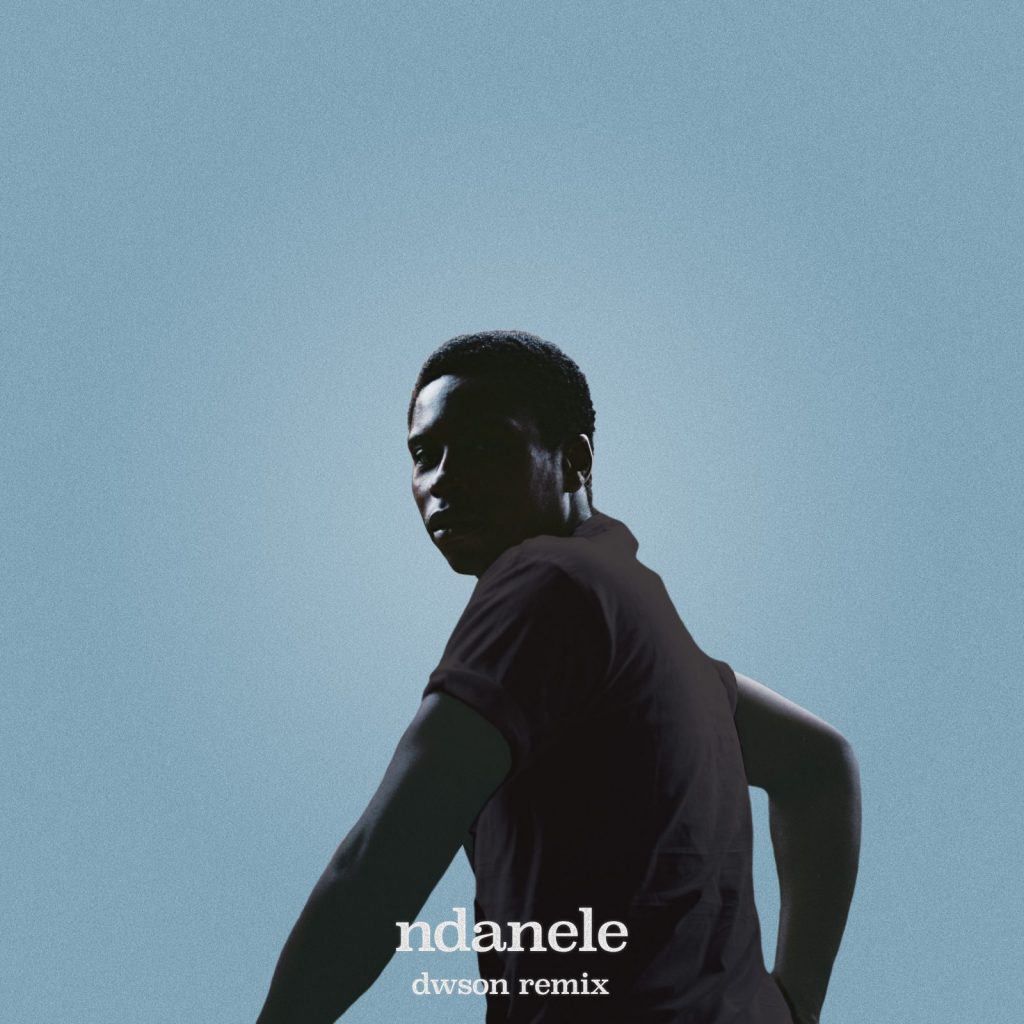 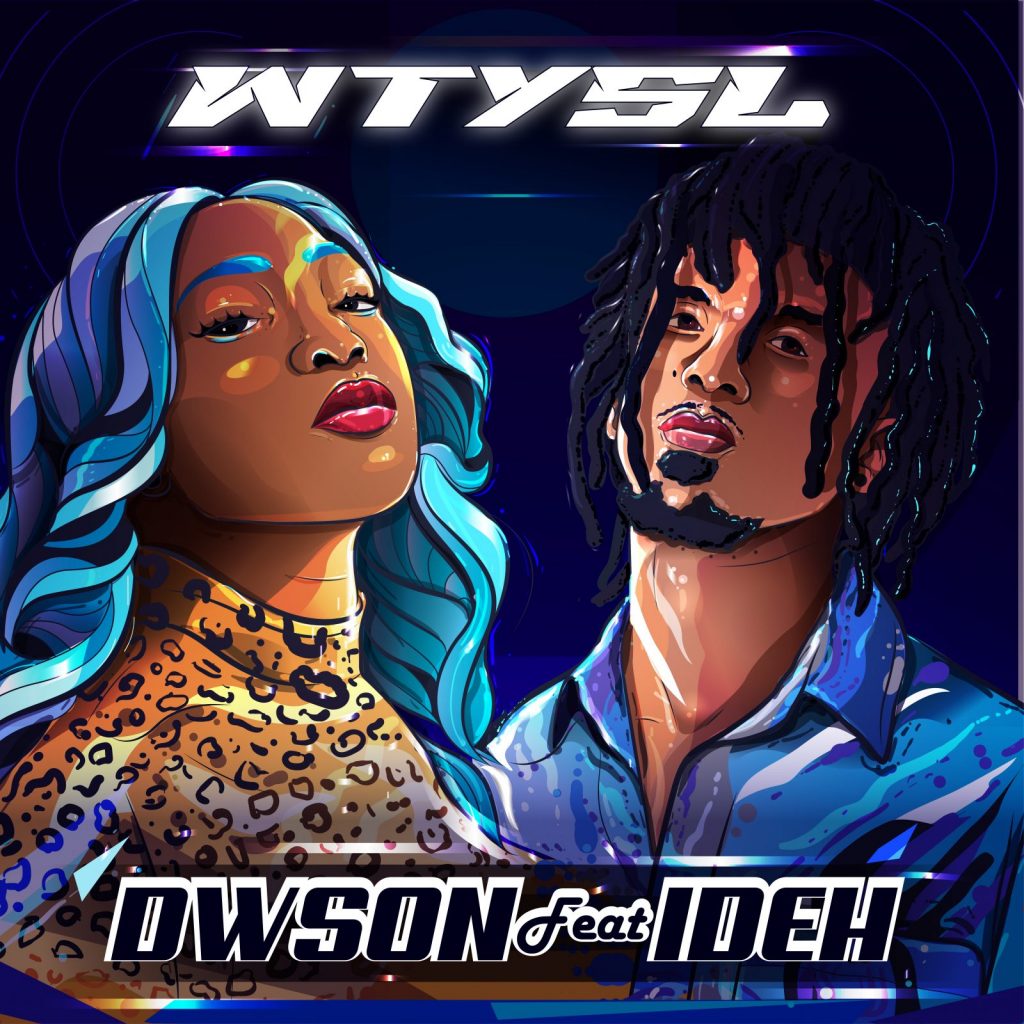 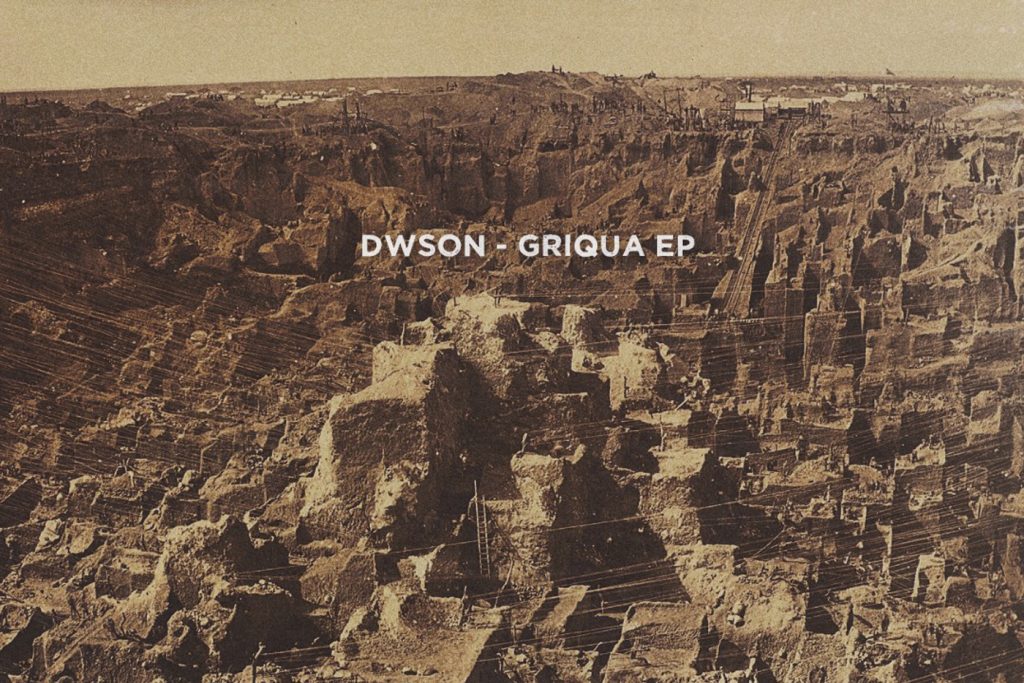