Pioneering the Gqom Sound of Durban

Pioneering the Gqom Sound of Durban

In just over six years, DJ Lag has established himself as a world-class sonic innovator and taken one of the exciting electronic music movements of the 21st century from South Africa into the global spotlight. Remarkably, Lwazi Asanda Gwala has achieved this while not yet 27 and while remaining deeply connected to the source of his creativity – the township of Clermont in the coastal city of Durban.

The movement that DJ Lag has pioneered is gqom, a Zulu word meaning drum or hit and which DJ and Hyperdub Records label head Kode9 has described as “like being suspended over the gravitational field of a black hole, and lovin’ it”. Propelled by DJ Lag’s prodigious musical gifts, this defiantly geographically specific sound has also found a devoted – and fast growing – international audience with DJ Mag anointing DJ Lag “the globe-conquering gqom king” in a September 2021 deep dive cover story that traced what it’s like to originate a genre, tour the world, work with superstars, keep creating and stay connected to your roots.

Kode9 was among the early champions of the bass-heavy, minimalist sound that DJ Lag was instrumental in taking from a staple of Durban’s clubs and school-leaving house parties and onto the international stage. His music journey had started when he began making original music – using little more than FruityLoops – while still at High School. Soon he was playing his tracks at underground gigs and sharing them with Durban’s taxi drivers who, in 2012, began using gqom tracks given to them by producers to attract customers.

But it was DJ Lag’s 2015 G-Star Raw x Boiler Room Sessions in Johannesburg that signaled to the rest of South Africa and the world that his was no ordinary dance talent. In its review New York-based The Fader wrote, “DJ Lag stepped up to the decks to show exactly why everyone’s going crazy for Gqom. The minimal house genre born from the coastal city of Durban is dark, heated, and easy to lose yourself in.”  A year later he released his self-titled EP through London label Goon Club Allstars and DJ Lag’s ascendency into the upper ranks of the global music scene properly began.

Through hypnotic original tracks like “Ice Drop” and “Umlilo”, the music that DJ Lag told DJ Mag in an early profile was “made for clubs … made for nightlife” also proved to be made for DJs and electronic music fans across Europe, Asia and the United States. In a report on his self-released 2017 Trip To New York EP (which features another of his big tunes, “Khonkolo”) Pitchfork described him as an “international ambassador for the nerve-shredding thrills of gqom”.

Aged just 21, in the closing months of 2016 DJ Lag made his international live music debut with a tour that began at the Unsound Festival in Poland and finished up at Seoul’s Cake Shop. Since then he has played an impressive number of international dates (RedBull SonarDome at Sonar Barcelona, MELT Festival in Germany, Afropunk Atlanta and London’s Jazz Café) while his set at Magnetic Fields in India in December 2019 was singled out by Resident Advisor as one of the festival’s top 5 and “a scorcher”. In 2021, with touring once again a possibility, DJ Lag completed a high-profile and acclaimed trek of Europe, including playing the Boiler Room Festival 2021 in London and Amsterdam Dance Event (ADE). Back home, DJ Lag has continued to play to a devoted homegrown fanbase, most prominently through his Something for Clermont shows. “The idea behind Something for Clermont came from wanting to create something for my hometown,” he says of these jam-packed live events that keep him deeply connected to his roots.

Over the past six-plus years, DJ Lag has also proved expert at understanding the power of visuals in bringing believers everywhere into the gqom universe. The video for “Ice Drop” provided a glimpse into the context in which his gqom tunes are created with several stunning overhead shots of his local KwaDabeka and Clermont neighbourhoods. It was no surprise when, three years later, the acclaimed video earned a place alongside a range of electronic music icons in Electronic: From Kraftwerk to The Chemical Brothers, a landmark exhibition being hosted by London Design Museum from mid-2020 to early 2021. DJ Lag’s expansive creative vision was similarly seen in the stunning video for “Uhuru Dis”, a standout track on his 2019 EP Uhuru (released on Diplo’s Good Enuff imprint) and the Travys Owen-directed, Manthe Ribane-starring video for “Raptor” – a collaboration with Canadian-American electronic music producer and DJ, Sinjin Hawke off his 2022 album Meeting with the King.

Although rightfully known as a gqom pioneer, DJ Lag is sonic explorer unafraid of moving across boundaries of sound and geography and easily capable of standing alongside the world’s biggest stars. The most high-profile of the latter was when he was tapped to produce “My Power” for Beyoncé’s 2019 Grammy-nominated album The Lion King: The Gift (the companion album to the CGI remake of The Lion King). In a significant recognition of DJ Lag’s reach and musical innovation, “My Power” – which features Beyoncé, Nija, Busiswa, Yemi Alade, Tierra Whack and Moonchild Sanelly – was also included on Beyoncé’s critically acclaimed Black Is King visual album.

Released on February 18th 2022, his debut full-length, Meeting with the King, is the sound of Gqom 2.0 that sees DJ Lag manifesting his recognition of gqom and Amapiano as sonic siblings, and also drawing on Afro House and Afro Tech. On the back of a slate of superb singles, in the months leading up to its release the album was being described as “nothing short of a grand entrance fit for royalty” (Crack Magazine) and as seeming “like it could be not only career defining but genre defining, as the gqom hero hooks up with collaborators across scenes and continents” (Resident Advisor). 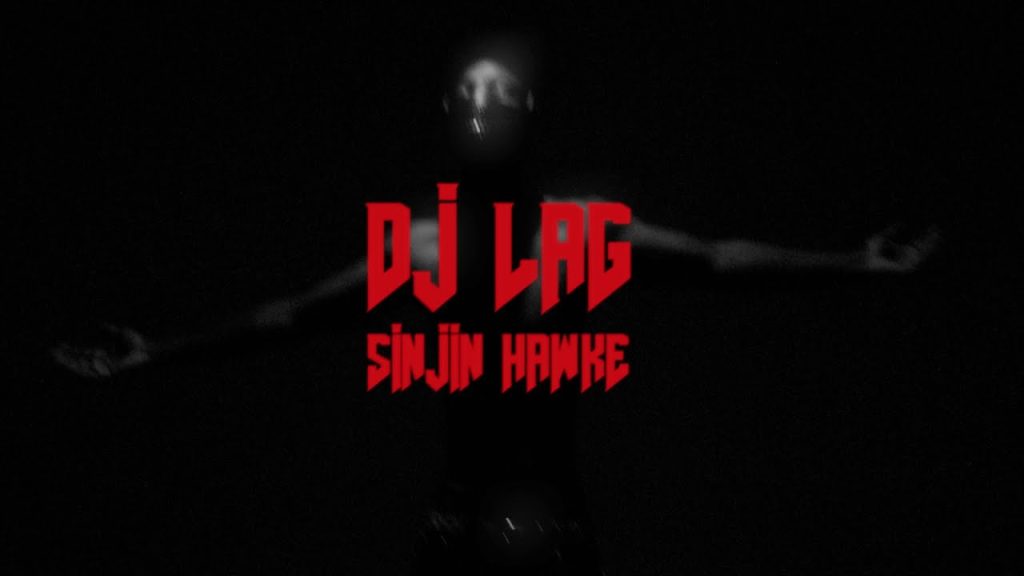 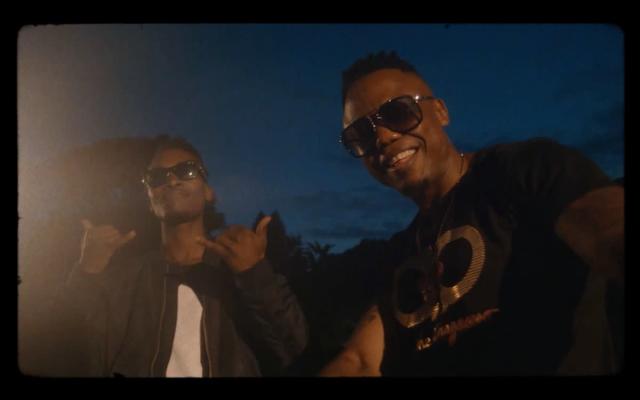 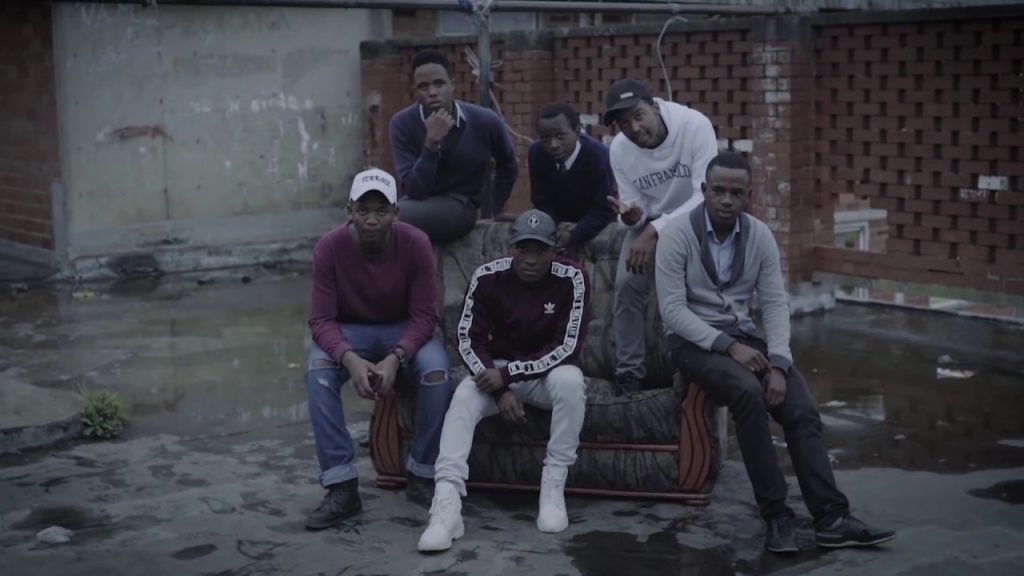 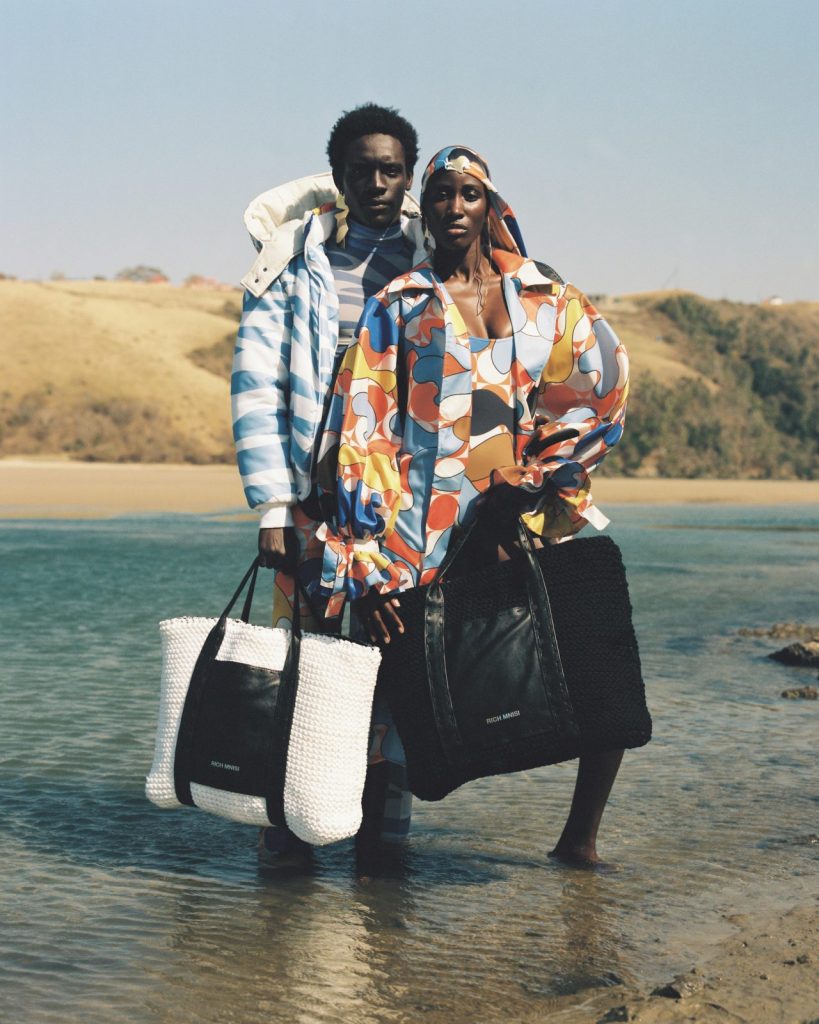 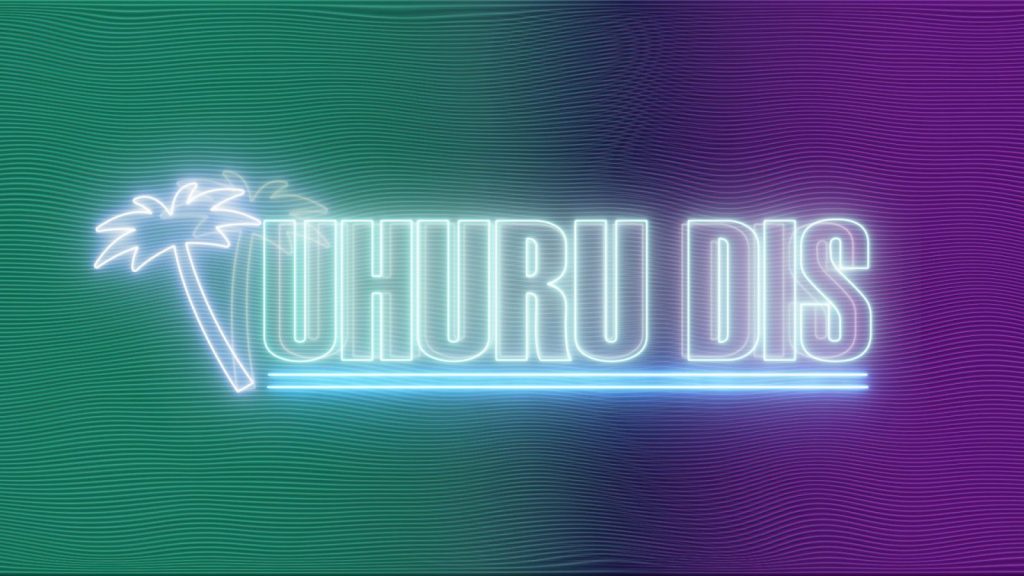 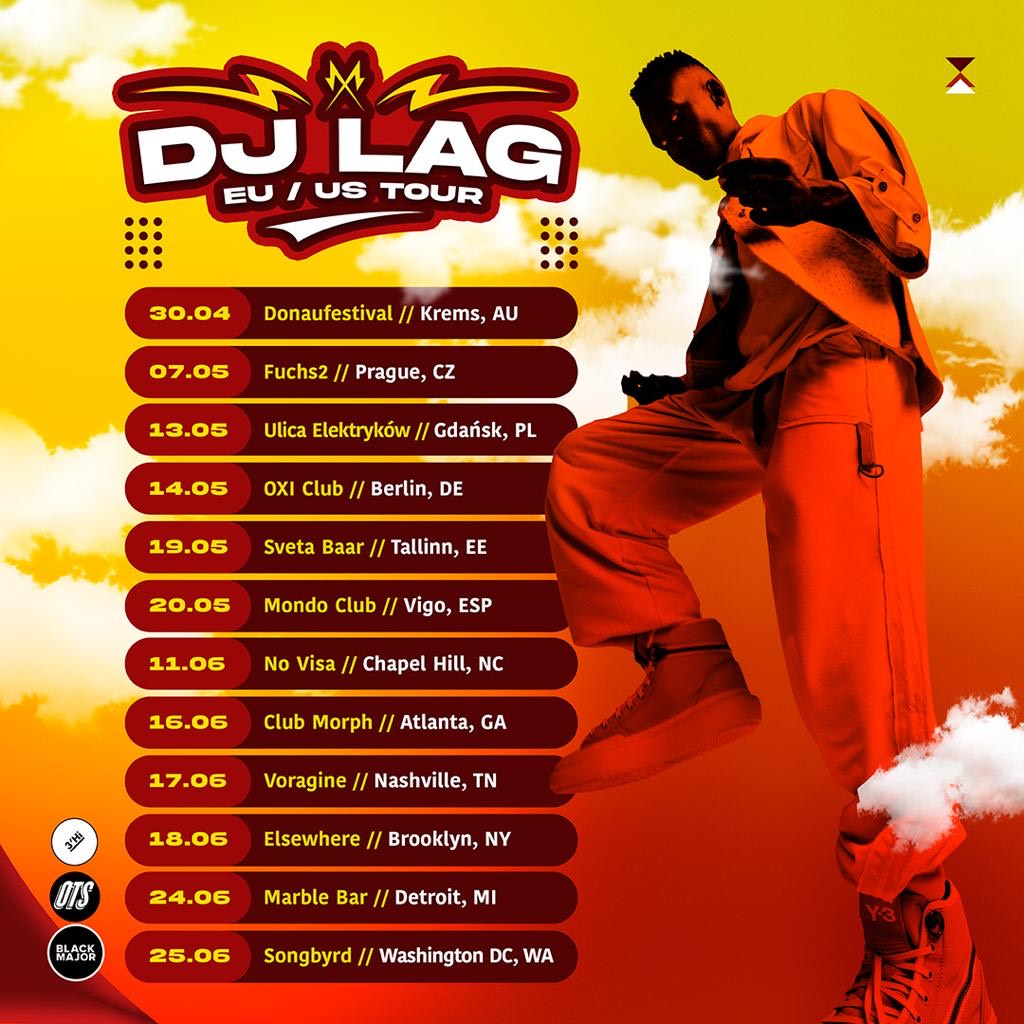 EU and US Gqom fans get ready! DJ Lag is bringing his globally acclaimed Meeting With The King to you! 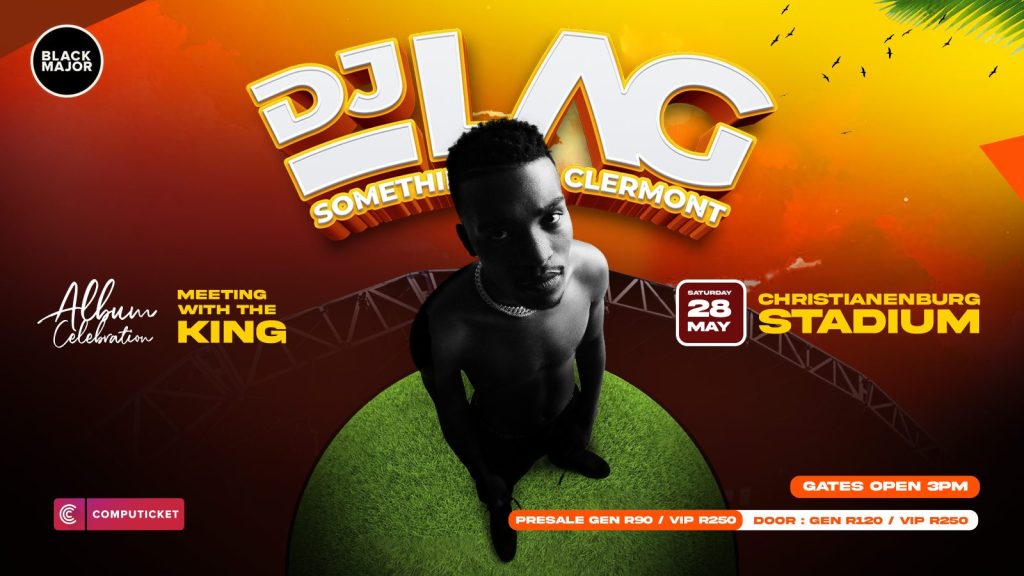 Resident Advisor adds DJ Lag’s “Meeting With The King,” to its best of March list 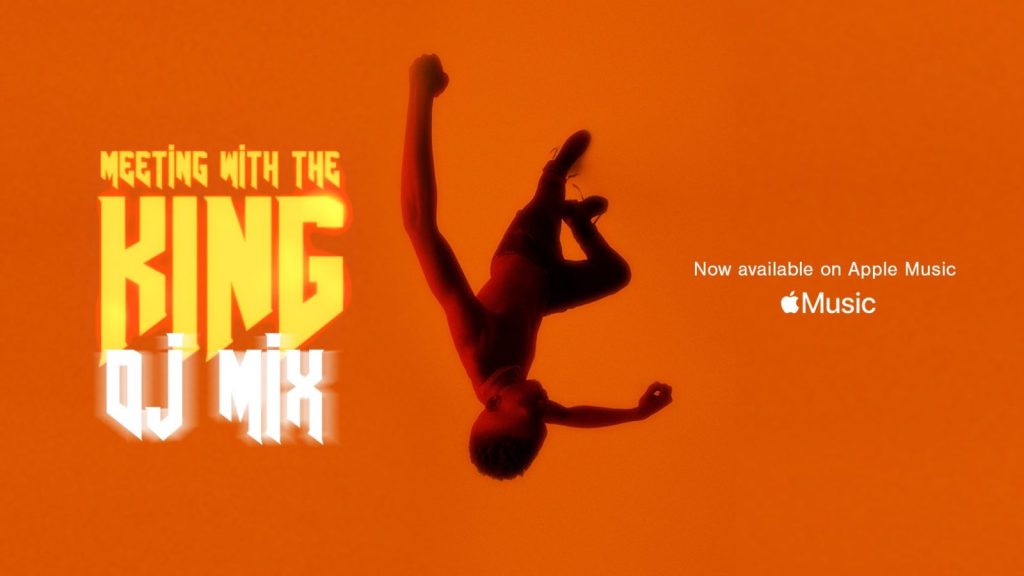 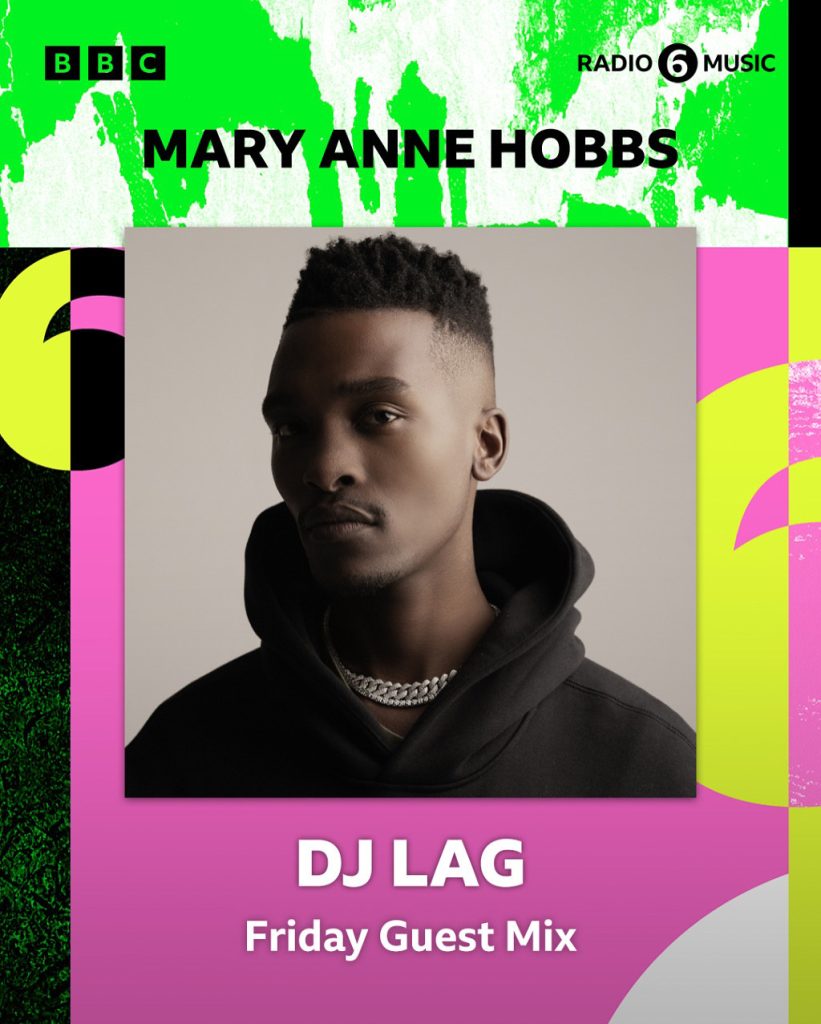